She has lived in London and Athens.

She studied at the University of Greenwich BA (hons) and graduated in Athens from the NTUA in 2005.

She has worked in architectural offices and construction companies as a student and later as an architect at the architectural studio “Path Architecture”. In 2007 she moved to Barcelona for postgraduate studies MArch Biodigital Architecture at the U.I.C. (Escuéla Superior de Arquitectura).

For a period of time she worked on experimentation in parametric design based on the study of plant growth in relation to digital representation and digital design in architecture. An object she entered at the University of Patras where she worked for one year as an adjacent professor.

Since then, she has been working mainly in the Dodecanese, based in Athens and Nisyros, mainly in restoration, landscaping, interior design, public space design and public buildings, as much as on a drawing level, as well on the construction and supervision level. 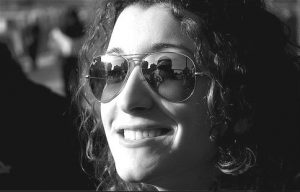